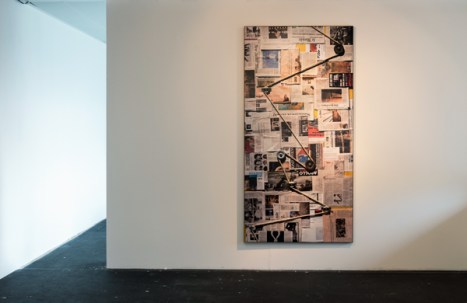 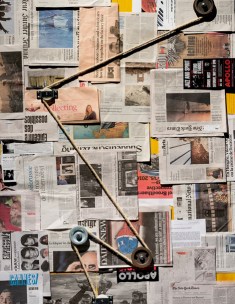 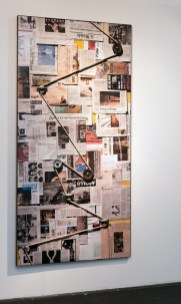 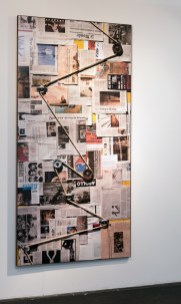 On the large-format photo-graphic work a variety of inter-national newspapers, as well as brochures are arranged as a large panel in portrait format. This panel provide a sort of Atlas representing a certain part of the global current affairs and fixes it for a moment or instant.

The texts and images are super-imposed in different ways and sometimes create new com-binations. A rope, stretched from different pulleys, passes through the image in a zigzag form. Why the tackle is profitable, where the actual system begins or ends, is not visible. Though, It looks as might be a metaphorical transfer between the force and counter-force principle of the pulleys system and the underlining images and data, a little like questioning which dynamics, forces and movements traverse the world situation, especially those which appear non-obvious or unknown. The work seems to freeze a moment in time.