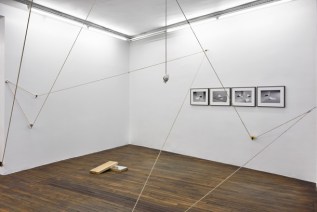 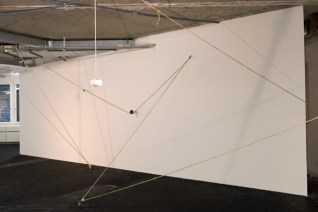 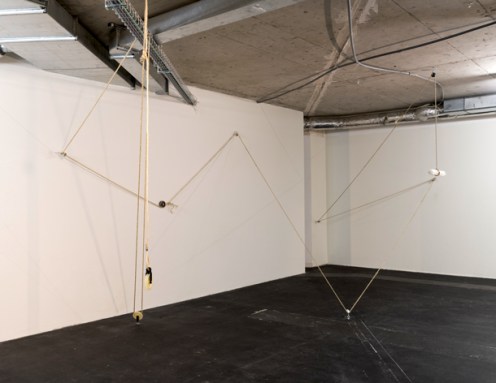 In this work Santoro explores the correlations between the metaphorical subtext that he finds in the idea of the ‘pulley’ and the strategies and hier-archies of social mechanisms.
(from the press release, Counter Space, June 2016)

A pulley is a wheel on an axle or shaft that is designed to support movement and change of direction of a taut cable or belt along its circumference. Pulleys are used in a variety of ways to lift loads, apply forces, and to transmit power. A pulley may have a groove between two flanges around its circumference. The drive element of a pulley system can be a rope, cable, belt or chain that runs over the pulley inside the groove. A rope and pulley system – that is, a block and tackle – is characterized by the use of a single continuous rope to transmit a tension force around one or more pulleys to lift or move a load-the rope may be a light line or a strong cable.
(Source: Wikipedia)