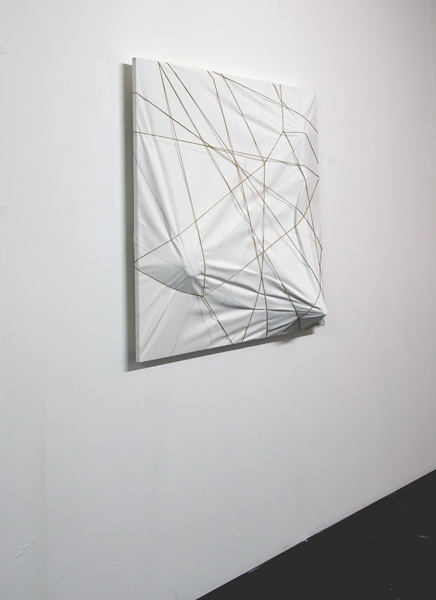 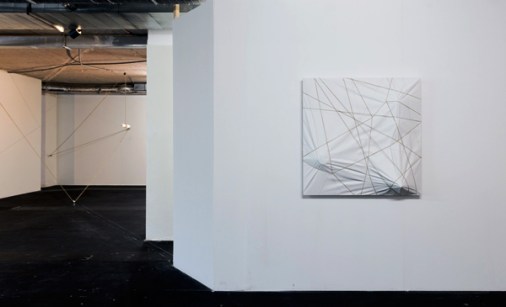 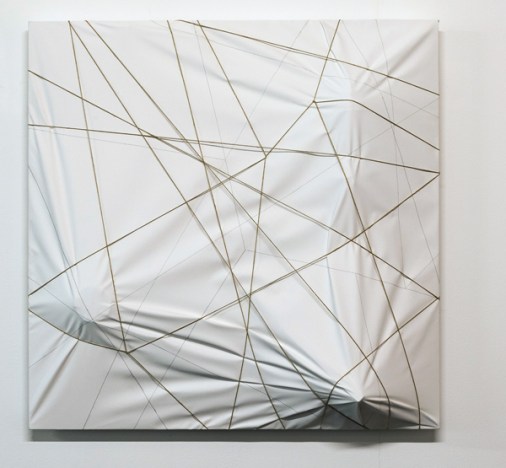 This work is part of the ongoing series Mirror of the Sea (2015-), works wherein several objects are concealed under a (painted) canvas or paper and mounted on a board, rendering them hidden to the viewer. What the viewer does see are the concealing elements (canvas and cord) that are an integral part of the sculptural works and might trigger thoughts about surface, content and (sculptural) form and imagination. These sculptures might recall an iconic sculptural gesture of Man Ray of
1929.

Since a while, I am working with African masks, the correspon-ding rites and its philosophical assumptions; especially with the question, what role secrets and strategies of concealment play, said interest goes, of coure, beyond the context of African societies. Incidentally, the prefix, Fi in the subtitle of the work in some Central African dialects, means ‘black’. But unlike in Western contexts, does not indicate necessarily some-
thing negative or absent, but is also positively charged and can e.g. also express happiness.

Mirror of the Sea (African Mask) II might trigger references to Minimalism (like a bit bloated Robert Ryman) and works more as an image.