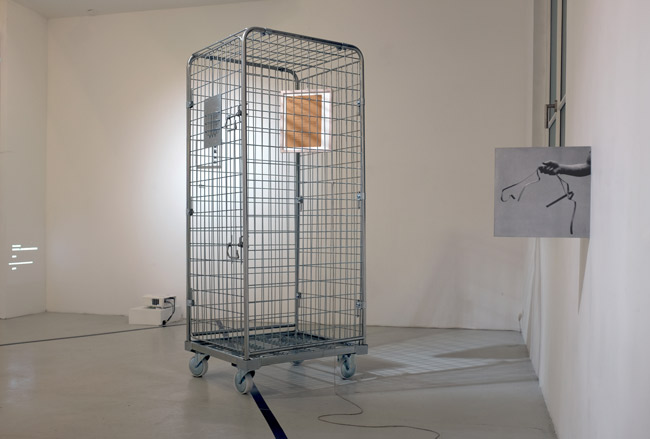 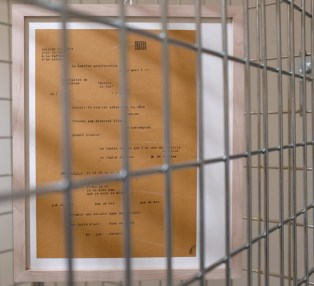 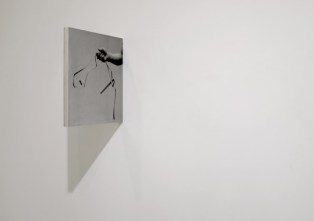 „Two poems, one in English, one in French, were commissioned to a street poet (poète public) suggesting the keyword “Exile” and asking that this word should not appear in the poems. Subsequently, the framed poems were suspended inside a locked roll container placed in a space. A screen printed image on aluminum of a photograph depicting a detail of the sculpture “Charioteer of Delphi” is mounted perpen-dicularly on a wall nearby the
roll container.

The greek sculpture depicts the driver of the chariot race at the moment when he presents his chariot and horses to the spectators in recognition of his victory. Despite the severity of the moment, the youth’s demeanor encapsulates the moment of glory, and the recognition of his eternal athletic and moral stature, with abundant humility.
I am interested to comment on the „splendid isolation“ of the artistic creation in the face of the daily experience where limits dominate but challenge one’s doing“.
–VS