“The installation In/Voluntary Movement Diagram (Josef K.), 2014, is made up of two elements: on the one hand an architectural intervention; and on the other hand a sculptural situation, in which visitors can both physically and mentally set foot. It occupies one corner of a room.

The work consists of a suspended light string fixed at a specific height, and four engraved plywood plates with a black-line track. The plates are positioned on the floor implying a kind of low podium onto which one might step. The continuous and labyrinthine black line relates to a movement diagram of a person’s steps through three rooms (incidentally, Josef K.’s physical displacements as described in the first chapter of The Trial by Franz Kafka). The manner, in which the electric wire is positioned onto the two walls, corresponds to a spatially closed loop. One of the four bulbs is purposely not lit. Reduced to four plates, one can physically and mentally follow the trail and step on the boards. The walk-in corner situation also evokes a feeling of protection, while at the same time subjection. Physical on the one hand, Vittorio Santoro’s installation can also be experienced more intellectually, like the reading of a formula that gradually leads to more rarefied results.” 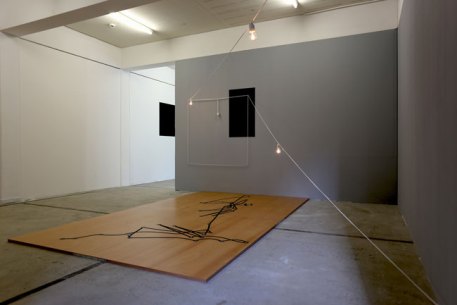 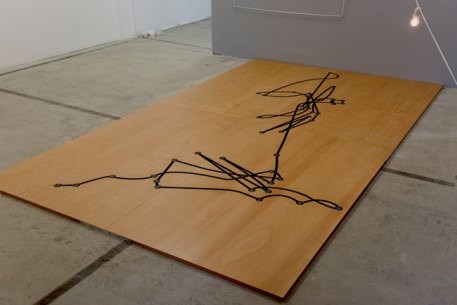 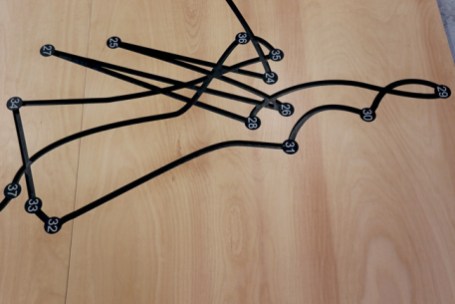 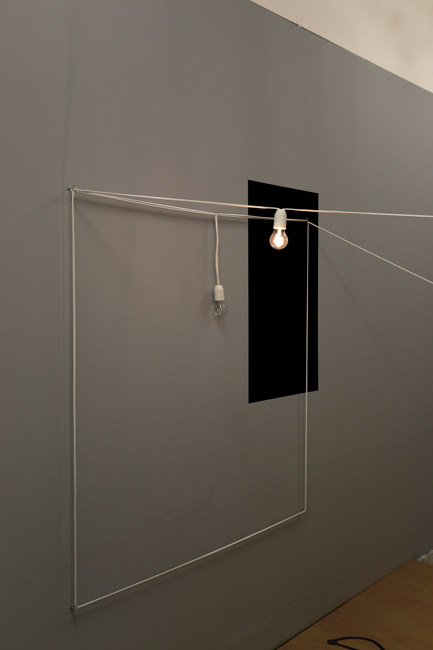 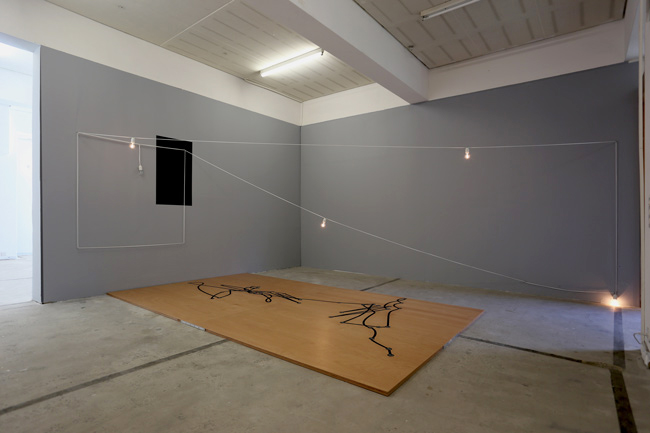