white paint on found window (84x111x8cm) mounted transversally on wall, light bulb with base hanging from the ceiling with an electric cable 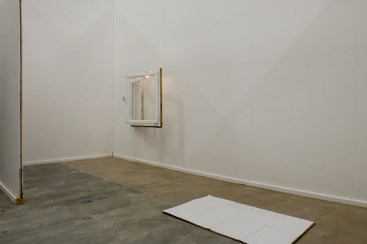 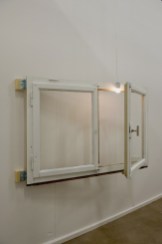 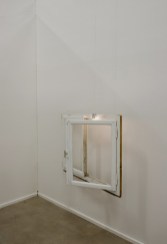 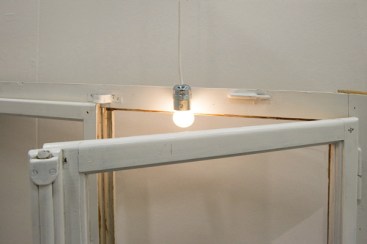