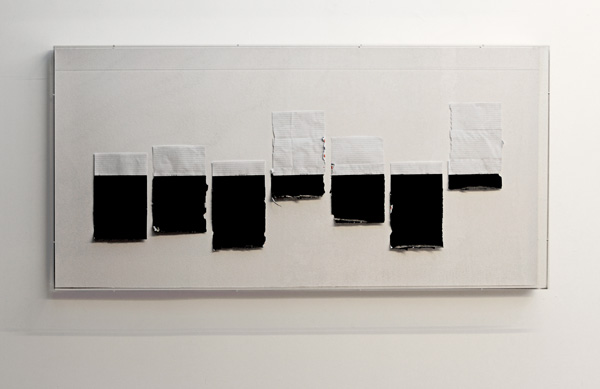 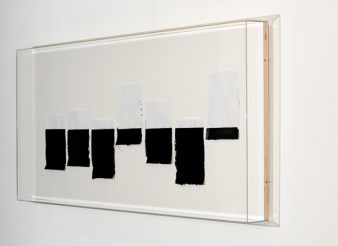 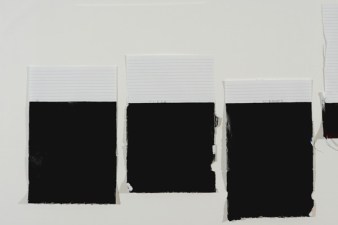 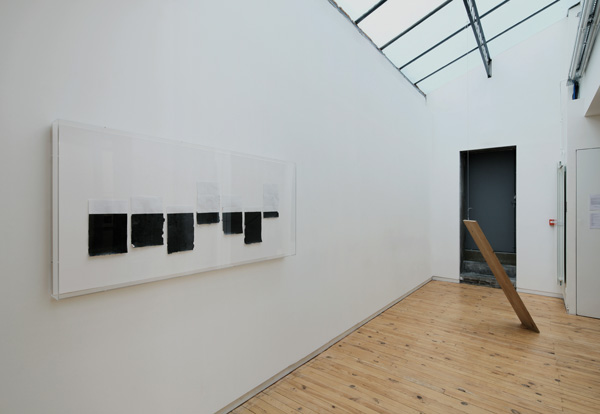 During the duration of a week I wrote one word each day on an airmail letter sheet, eventually forming a sentence (A CLEAR SCRAPED MIRROR HANGS ON MY WALL). I sent off five of the letters from Amsterdam, and two from the south of France to a Parisian address. Subsequently, the sheets were partly covered with India ink so as to horizontally block out the lower half of each word and the space underneath.