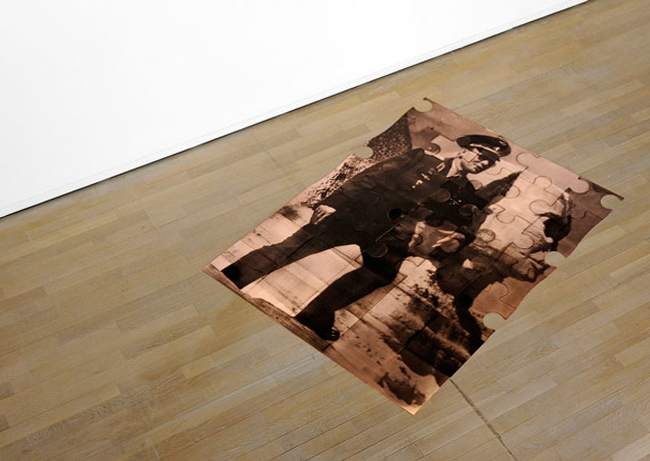 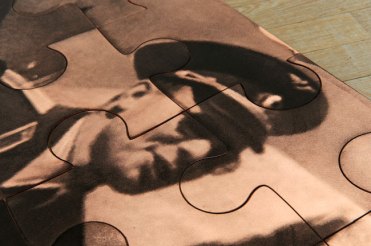 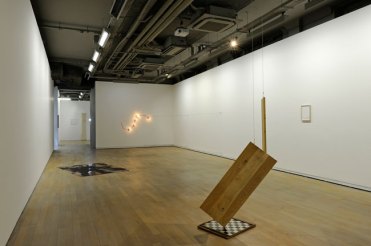 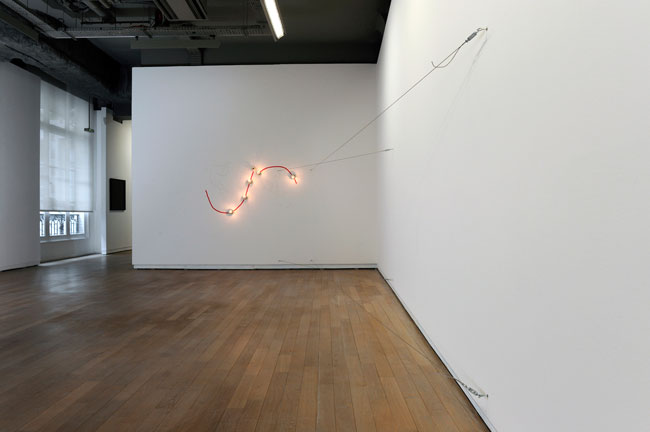 “…the second of three works not so much referencing than propelled by the ambiguous figure of Yuri Gagarin, the first cosmonaut… an image taken a year after his infamous orbital flight on the backdrop of an Egyptian sphinx… a fixed image of a motif of political propa-ganda, but also a puzzle, literally allowing for decomposition and re-evaluation… a metaphorical game with factual minimalist allusions… ”