A Concrete Aeroplane (six studies on an unwritten novel by Jeff Torrington), 2008 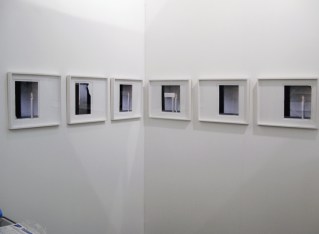 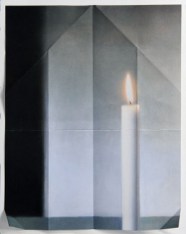 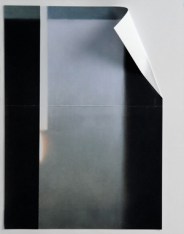 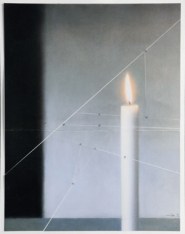 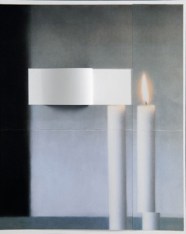 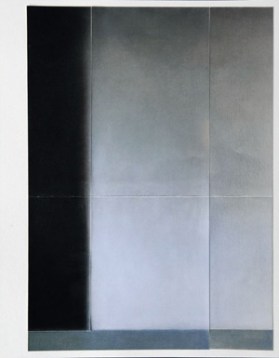 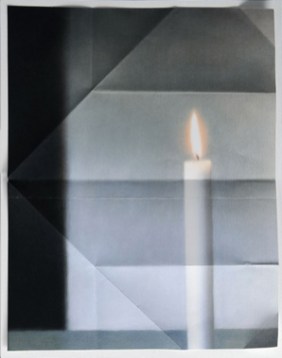 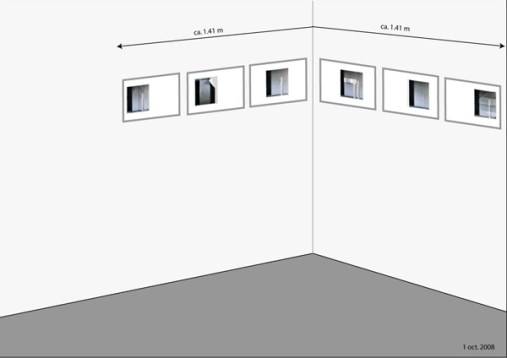 Artist’s Statement:
Since some time, I wanted to use an image of this well known painting by Gerard Richter: Kerze (1983). I wanted to use it, not because of the metaphorical resonance of the subject itself, but mainly because of the impossibility to deal with such a well known image. In taking such an icon and trying to alter it in some way is a big challenge, you probably can only fail. But this was the challenge.

My second thought was also to include in my undertaking my ideas about an unwritten novel of the Scottish writer Jeff Torrington. This not very well known writer had written only two novels before he died of cancer last May. In the papers he left behind, there was a synopsis of a new novel titled A Concrete Aeroplane that he intended to write. The novel would be about a surreal and utopian community (mainly
artists) living in and around a concrete aeroplane that could never leave the ground. This was of course also a metaphor and a way to describe how he saw postmodern Scotland.

I was fascinated to imagine the people of this community living in an aeroplane made out of concrete, forced to travel with their imagination, and to overcome established living, social, artistic, but also esthetic conventions. Imagination is a powerful tool!

Probably each of the 6 collages is dedicated to one of these figures hypothetically living in the concrete aeroplane. I like to think that people looking at my collages overcome the diverse conventionalities of the icon, and could immerse themselves to imagine a different narrative. This could be supported by the cornered installation of the work suggesting an “improbable” connection between the 6 plates mimicking a mirrored image.

If one looks at the collages and sees only Richter’s image of a burning candle than that is probably also fine.