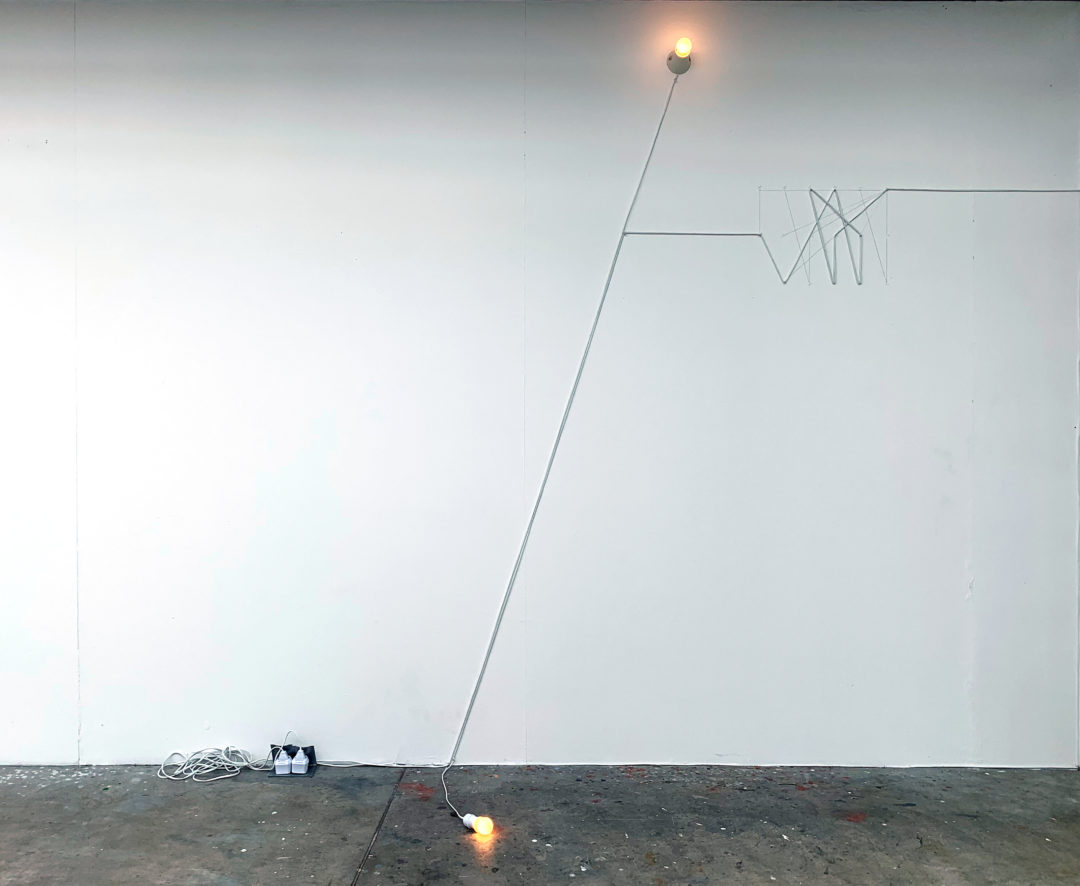 Work Note
The work seems to give center stage to two light bulbs. The window hangs rather low; its one side – the left – protrudes slightly from the wall. The slight angle of the window might hint at a barely actualized movement or stirring, or movement happening else-where, close but not yet visible. A movement comes into view as one’s gaze follows the cables: they leads to the right side of the bulbs, where it crystallizes as a continuous diagram of sharply bifurcating and interconnecting lines. The cable follows only in part the diagram drawn with pencil on the ceiling.
The diagram follows the chronologically ascending numbers 1 to 17, which are drawn out on the ceiling. One’s mind tends to associate the resulting design with a formula or code that it wants to crack. It functions like a riddle on the ceiling ques-tioning the window’s semantic (much like an unsuspected presence usurping one’s sense of place, or an unaccounted for parameter over-throwing the calculus). As the subtitle of the work indicates, the numbers relate to what one assumes must be part of the cast (the three women, the three police men, the lawyer, the uncle, and finally the two executioners, etc.) of The Trial, Franz Kafka’s study of blindness and ignorance in the cause-and-effect scheme of human behavior.
Subcutaneously, such a reference adds a sense of ethical reverberation to the piece. Then again, all such semantic potential, while full of implications for the reading of the work, is firmly contained, or absorbed, within the visual and formal setting of the piece.
–D.K.