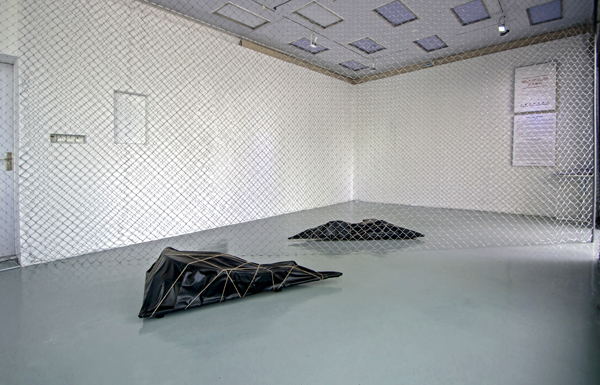 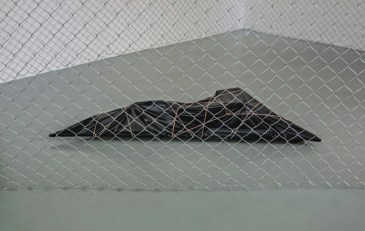 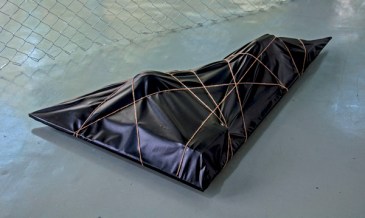 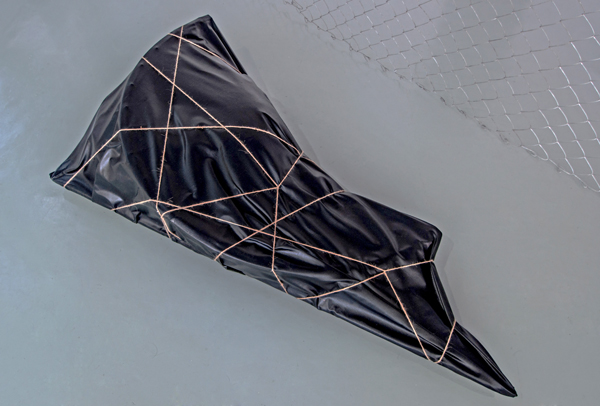 Image shows the two works in the exhibition

“This triangular floor-sculpture contains a collection of objects chosen by people (students, teachers, pedestrians asked on the street, shop employees, workers, etc.) that were interviewed in the city of Hongzhou (China) by the artist. The interview addressed the legacy of the Soviet cosmonaut Yuri. A. Gagarin (1934-1968), the first human to have journeyed into outer space, and who orbited the earth in 108 minutes on the 12 April 1961 in the fabled Vostok 1 spacecraft. Historically emblematic, Gagarin is a figure divided between the idealistic fervor of a young man compelled to serve a greater cause on one hand and the interests of the Soviet government and its Cold War policy on the other.

The conversations with the participants focused on those kinds of experiences that can
be made intelligible only with difficulty because language’s power to express or describe might fail or even collapse in such circumstances. In so doing, Gagarin’s radical 1961 journey served as a narrative blueprint. With the image of the 108 minutes of the cosmonaut’s flight as a trigger for the con-versations, the interviewees were asked to remember an equivalent intense and personal moment in their own lives and to associate an object with it. It is these objects that now are concealed inside the floor sculpture, where they might function as a plurality of latent, invisible testimonials of some-
thing exceeding or transcending language.

To translate such an immaterial moment with a tangible object is an essential, albeit paradoxical aspect of Santoro’s project. It points towards individual and collective dimensions of memory and imagination including its more conflicting aspects when individual aspirations and expectations collide with the social machinery and its rules and conventions.”
(The above text extract is taken from the catalogue published on the occasion of the solo show 108 Minutes A Day (Gagarin), MoCa Pavilion, Museum of Contemporary Art, Shanghai, 2015, curated by Wang Weiwei).